The elephant in the room

Was there a problem with the umpire?

The final 2019 Constellation Cup match was played over the weekend, with Australia taking the spoils and the cup for a 7th consecutive year. There were so many talking points from this game – momentum swings, poor conversion rates and a massive 71 changes of team possession across the game for a start – but let’s address the elephant in the room and talk about the umpiring shall we?

First and foremost, our absolute respect goes out to anyone who pulls on the whites, particularly those who are brave enough to do it in front of an international audience of diehard fans! The speed and physicality of the game combined with the number of decisions these guys have to make in a split second means we think umpires have the hardest job on the court, and without them we wouldn’t have a game, so let’s keep things respectful!

The other thing to address before we get into the numbers is that we have seen a number of comments out there about the ‘inexperience’ of Joan Yuliani and that she shouldn’t have been on a Constellation Cup test having not umpired at that level before. Actually, Joan has been internationally qualified for a few years now – she umpired during the Constellation Cup in 2017, the Quad Series in 2018, the Netball World Cup earlier this year, and spent last week officiating at the M1 Nations Cup in Singapore. So to call her inexperienced is not strictly true, although to be fair she hasn’t had the constant exposure to the faster and more physical games in Australia, New Zealand and England. Kate Stephenson is also a highly experienced English umpire, and was there for the whole of the Constellation Cup.

Having said all that, there were definitely a few head scratching moments in the 4th and deciding test match from both umpires – whether they impacted the final result or not is something no one can judge, but we can certainly delve down into the numbers and see why the teams seemed so perplexed about some of the calls. 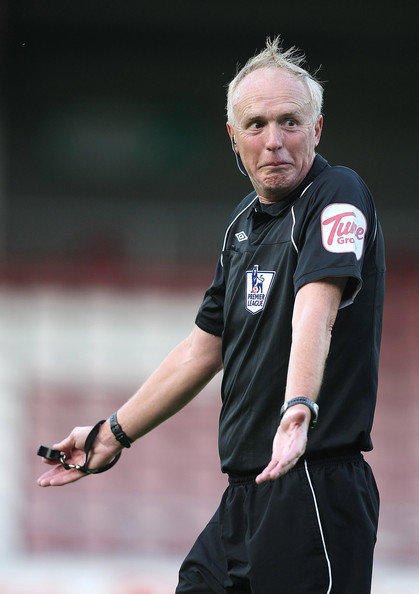 Immediately we can see the higher penalty count in the 4th test compared to the previous three.

While Australia started with a high penalty rate in Test 1, they had been steadily decreasing that over the games as they adjusted to the umpires’ interpretations, but then this shot up again in the last test to their highest count of 63.

For NZ the difference was even more marked – hovering around the 40 penalty number for the other three games, they suddenly jumped up to 54 for the last test, suggesting they were either very ill-disciplined compared to their usual standards, or they were having trouble adapting to the umpire interpretations. Of course, the change in defensive personnel may also have contributed to this increase – Phoenix Karaka generally has a higher penalty count compared to Jane Watson, a trend we have seen in both the international and domestic arena.

Why the increase in defensive ‘rule-breaking’ from both teams in this test? Were they really playing so differently to the first three games? Did the fact that the Cup was riding on this test result in more desperate defence? Or was the interpretation of the umpires different to what we had seen in the previous test matches? One important thing to note is that the number of defensive penalties called against NZ was fairly consistent across both umpires, suggesting their interpretation of the NZ defensive style was similar.

For Australia however, the number of contact penalties against Australia was far higher at Joan’s end than at Kate’s, suggesting a difference in interpretation – this would have made it difficult for the Australians to adjust from quarter to quarter and may have contributed to their higher penalty count.

"One important thing to note is that the number of defensive penalties called against NZ was fairly consistent across both umpires, suggesting their interpretation of the NZ defensive style was similar."

Let’s turn our attention to the Offensive Penalties – so much more damaging to a team than defensive penalties because they result in a loss of possession and often give the opposition a chance to go on a 2 goal run if they have the next Centre Pass.

Yes, you read that right - there were more than twice as many offensive penalties called in one game than there were across the rest of the games combined.

NZ definitely got the raw end of the deal with this, conceding 9 of those 12 offensive penalties – 9 losses of possession, which could result in as many as 18 goals to the opposition if they score off the turnover and then have the next Centre Pass and are able to score it. These calls weren’t just limited to the shooters either, with Langman (twice), Saunders (twice) and Rore all joining Mes and Folau on the offensive penalty count stats sheet. These calls were again consistent over both umpires, with Joan calling 5 NZ offensive penalties and 2 Australian, compared to Kate’s 4 and 1 respectively.

Part of this is due to the NZ attacking style, where they often choose to screen and pack back into defenders to hold their space. But again, we have to ask, why the increase in these calls in this particular game? Did the NZ attackers in particular really change the way they were playing? Or did the Australian defence change the way they were playing in order to draw these contacts? Or, and this is probably the more concerning option, did the umpires change their interpretation or have a different interpretation to the other umpires who had called the 2nd and 3rd tests?

While umpires are just like players in that they analyse their performances and look to learn and grow from game to game, such a stark change in interpretation from one game to another is incredibly hard to adjust to both as a player on court and as a coach on the sideline. 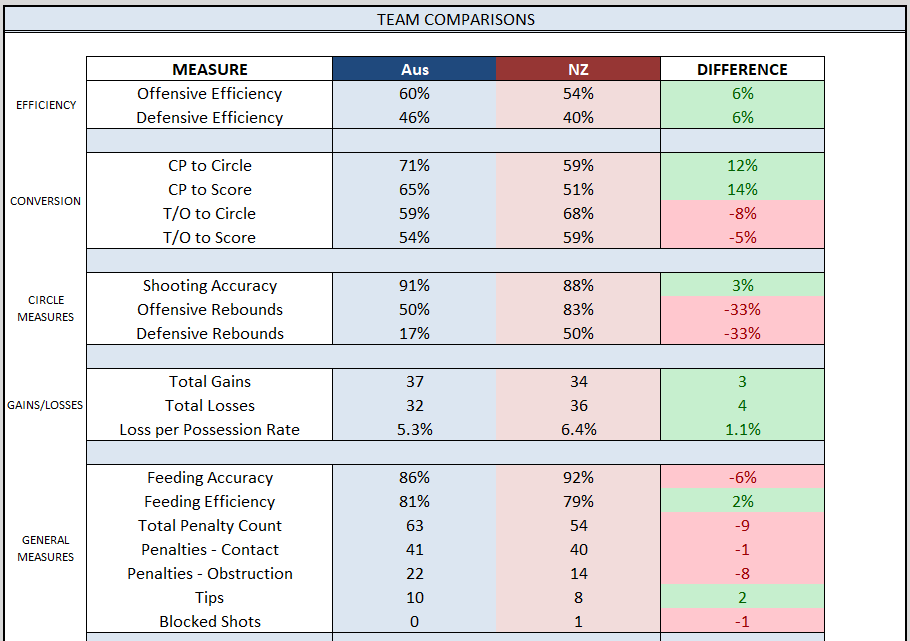 Overall, it’s unlikely the umpiring decisions affected the final outcome of the game – Australia were too good on the day, and NZ made too many unforced errors – a big deviation from their recent performances. There is no doubt, however, that the difference in umpiring interpretation from the first three games to this one affected the players’ understanding on court, the coaches’ ability to adapt, and the viewing experience for the fans. Perhaps this event will raise some interesting talking points for the INF – the question of neutral umpires on international test matches, scheduling issues (there have been four international tournaments/series on over the last 2 weeks, spreading the international umpiring pool very thin), resourcing for international umpires to develop and gain experience, and the biggest question of all:

How do we get umpires from all regions on the same page so that we have consistency in interpretation across the board?

It’s been a fascinating Constellation Cup and we’re sorry to see it finish.

Having said that, we bet the players are pleased to finally get a break after a pretty gruelling year!