I think it’s fair to say Bobby is a little bit obsessed with netball!

The former Silver Ferns Performance Analyst played and coached throughout her school and university years, but her Silver Ferns aspirations were cruelly cut ‘short’ (get it?!) when she only grew to be 160cm tall, and also really wasn’t that good.

With that door firmly shut she forged her own path in the netball world.

After completing an Arts and Science conjoint degree at the University of Auckland, majoring in Classical Studies, Pure Mathematics and Statistics, Bobby sensibly gave up her other dream of becoming an adventuring archaeologist just like Indiana Jones and became involved with Netball New Zealand in 2004 through completing her Masters Degree in Statistics with a project modelling factors affecting shooting success in netball.

A short stint as the Research Analyst at the Property Council of New Zealand while still working as the Silver Ferns analyst on the side followed, before returning to university in 2007 to undertake her PhD studies in Statistics. Again, her topic of choice was a statistical investigation in netball, using Cluster Analysis to identify and classify different playing styles within each position. This research, with consultation from the Silver Ferns coaching team at the time, laid the framework for an analysis system Bobby built and continued to develop over the next 10 years in the then greatly expanded Silver Ferns Performance Analyst role.

In 2018, after fourteen years in the role, Bobby made the decision to step away from the Silver Ferns, and together with Dessi founded Point 9 Analytics, where she hopes to be able to pass on her learnings and experience in High Performance netball to a more global audience. 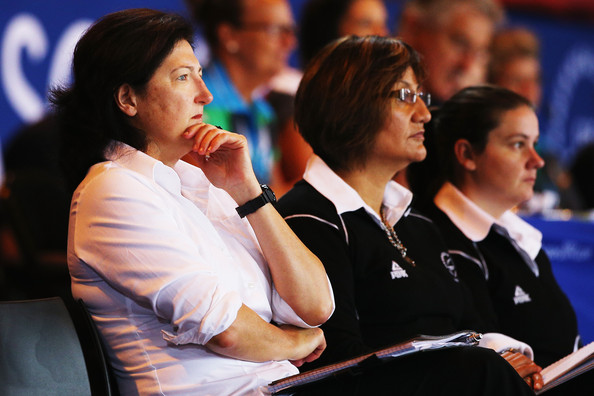 Bobby is also extremely dedicated to youth netball, and can often be found at the local primary school’s netball courts where she coordinates the netball programme for the almost 200 students at the school who play. Mum to two girls, she coaches both of their teams. In fact, if you ask Bobby what her most memorable netball experience is, she’ll tell you that while being on the sideline for the world’s longest international test match and arguably New Zealand’s most famous victory at the Delhi Commonwealth Games is certainly up there, her absolute favourite memory is coaching her mighty Pt Chevalier Amazons through an undefeated season to take out the Year 6A grade in 2018!